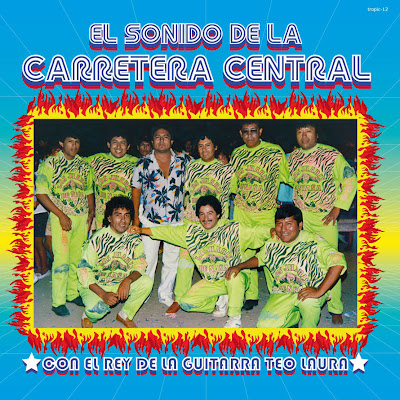 Posted by MASSTROPICAS at 7:19 AM 2 comments: 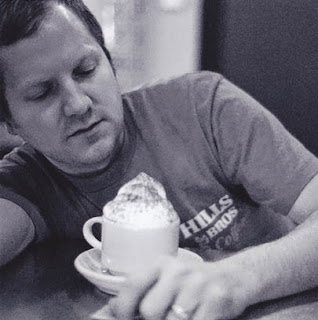 Ryan Richardson runs the breakmyface.com site as well as ryebreadrodeo.com. Being a fellow collector of records and artifacts I felt it was time to ask him 5 questions. On breakmyface.com Ryan archived and wrote a tremendous amount about Masstropicas favorite label Dangerhouse Records. Please also visit his Ryebreadrodeo site to purchase any rare punk items that you've been searching out for all these years. ENJOY!

1. What is your first memory of hearing music?

The Cliff Hangers game on The Price Is Right... or something like that.

2. What sparked your interest in collecting and archiving music?
Collecting started with walruses and Smurfs and music took over when KISS drifted across my five-year-old radar.  The punk rock archiving grew out of my gut-level enjoyment of the music and all its related ephemera and artifacts that somehow survived -- sometimes miraculously -- long enough to land in my hands.  These many years later, it's basically a moral imperative that I brush this stuff off, gussy it up and find it a warm, dry place to stay whether it's my house or some other aficionado's.

3. Where is the strangest place you've gone to dig for vinyl?
In my experience, the strange bubbles up not in locales but in situations. A "strange dig" from years ago that comes to mind: trading Confederate currency (found in the attic of a rental house in Oklahoma) for punk records with a falling-down-drunk Dallas denizen who continually fell down drunk on his bed full of rare records and automatic weapons.  At the time, my concern was less with an accidental shooting and more with a creased picture sleeve.  I never did locate the Confederate belt buckle he requested in trade for the Dicks "Hate The Police" EP.

4. Greatest punk label ever and why?
The answer is easy and as American as apple pie: Dangerhouse. They consistently picked, participated in and produced some of LA's finest punk bands and did all of it with a standard of DIY creativity that remains peerless.

5. Best food in Texas?
Nearly everyone will answer central Texas barbeque (and they're not wrong), but Zeke's deep fried delights in Fort Worth are the best in my book.

5 questions with Carlos Li of Curriculum Mortis and Nova Lima.

Last years release of Curriculum Mortis' 'Sentencia De Muerte' sparked a global interest in a somewhat unheard of band that would go on to form the Grammy nominated Nova Lima. I figured it would be a good idea to ask founding member and bassist Carlos Li 5 questions. Curriculum Mortis have a 2nd LP coming out on Ultra-Sonido in May.June of their 2nd demo from 1989, more information to follow. 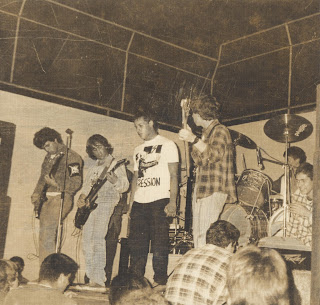 1. What is your first memory of hearing music?
When I was a child I used to listen to my mother records of Deep Purple-Machine Head, 60's Rolling Stones, etc.. Then at 6 years old I got my first record. Kiss- Dinasty.

2. What were some of Curriculum Mortis' influences?
We had two main tendencies in the band; Heavy Metal/Trash and also Hardcore/Punk.
Alejandro, Grimaldo, Rafael and myself were Metals and our main influences were Black Sabbath, Slayer, Exodus, Metallica, etc. After a while we started listening also to some crossover bands like DRI, Corrosion of Conformity and Cromags, and also some less known like Post Mortem.
Mauricio, the singer, used to be the vocalist of a hardcore punk band G-3 before he formed Curriculum; he brought to the band singing styles influences from Raw Power, Suicidal Tendencies and Black Flag among others.

3. Please tell us how Curriculum Mortis formed?
Mauricio (vocalist) was part of the Hardcore punk scene in Lima. After leaving G-3, he contacted his friends from high school Grimaldo (Guitar), Cesar (Guitar)and Alejandro (drums). I (Bass), was neighbour of Grimaldo, and Cesar asked me to join the band. A little while later Cesar left the band and I introduced Rafael(1st guitar) to CM.
We were all 15 years old at that time. Our teenager lives were not very easy as we were all going through divorcing parents, and the situation of terrorism in the country was starting to cut our liberties. Music was our best way of expression and also fostered a strong friendship among all of us.

4. What is the most important hardcore record for you from South America?
In Peru, in terms of originality and meaning, I think the best ones are the 1st demos of 'Ataque Frontal', 'G-3' and 'Descontrol' which have been already released in vinyl. Another important band we liked from Brazil was 'Ratos de Porao'.

5. What are some future plans for Curriculum Mortis?
After rehearsing the whole year 2012 with Pierpa De Bernardi (drums)for a gig we organized to celebrate the release of our 1st demo " Sentencia de Muerte" in vinyl, we decided to make new recordings with all the songs from the 1st and 2nd demos in a revised style updating our music sound to this century. The band for our new recordings to be released this year, will be called "CURRICULUM" and it will be formed by Mauricio, Rafael, Pierpa and myself.
Currently we are finishing the recordings for this album and will mix it in a couple of months. We are also planning a new gig this May in Lima together with Massacre, a well known and old timer metal band from Peru.
During this gig, hopefully we will be presenting the re-release in vinyl of the 2nd demo which is currently getting ready for its release.
Posted by MASSTROPICAS at 3:46 PM No comments:

The Rising Tides only known song which was taken off of a Back From the Grave compilation is a very important song to us here the the Masstropicas HQ. From Morristown, New Jersey comes a ripping punk song which was written on the way to the studio apparently. If anyone has any current information about this band contact us.

Posted by MASSTROPICAS at 7:11 PM No comments:

Another release on the Ultra-Sonido label: 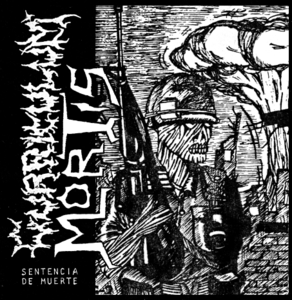 CURRICULUM MORTIS – “Sentencia de Muerte” LP
Damn, could this be any fucking cooler?! Originally released as a demo in 1988, Sentencia de Muerte is SLAYER-worshipping Peruvian metalpunk of the highest order, one of those bands where you have to instantly wonder why they’re not a household name by now. With an awesomely blown-out guitar tone that’s somewhere between DISCLOSE and Mexican psych masters KALEIDOSCOPE, CURRICULUM MORTIS go straight for the jugular with fast, anthemic riffs, twisted vocal snarls and the occasional crawling breakdown. If you can’t handle an absurd guitar solo or seven then this might not be for you, but the rest of us can enjoy what is hands-down one of the most fun records I’ve heard in ages; seriously, I’d trade a thousand generic thrash revival bands for one CURRICULUM MORTIS any day. Those of you who worship at the altar of SACRILEGE—and ultra lo-fi morbidity in general—do not sleep on this. (WB)
(Ultra Sonido)


Posted by MASSTROPICAS at 5:48 PM No comments:

MORBO – ¡En Vivo! Cassette – Amazing compilation of this Peruvian punk band. With a vintage analog sound—this tape totally captures the amazing energy of this band. Sounds like a Spanish version of the MAGGOTS mixed with the filth of the DICKS. It’s really punk rock. Get this tape, dance around, and sing along. Feel good, snotty punk in its purest form. (Amelia) (8-song cassette, no lyrics included, ultrasonido87.blogspot.com)
Posted by MASSTROPICAS at 5:39 PM No comments: